Do We Have Only A Food Scandal, Or Is It More Than Simply That? 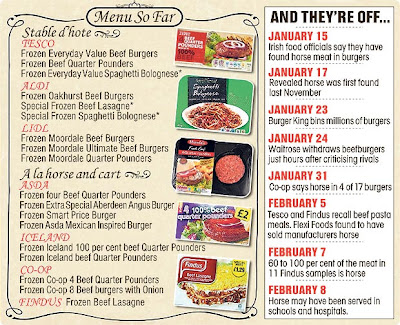 In the UK we are, as I write this, going through a food scandal.   It has been found that many ready meals sold in Europe and the UK labelled as beef contained horse meat, in some cases, 100% horse meat.

To be totally honest I am not at all surprised.   When it is possible to buy a ready meal for the same price as a cabbage then there must surely be something amiss somewhere.   What this does show though is just how detached the vast majority of our modern (i.e. Western) civilisation has become from the environment that it actually depends on for its very existence.

We in the West don’t need to know where our food came from, where or who made our clothes, or who was it that picked those tomatoes in Senegal that are on our supermarket shelves, or if those Jordan River dates were grown on seized land or not.   We can ignore everything about food, our homes, our clothes, or our transport as long as we have the money to pay for it.   Most do just that of course, simply ignore what is in front of them by the use of their wallet or purse, but there is always a price to be paid sooner or later by this ignorance, deliberate or not.

The last 60 or so years have seen the depletion of Earth’s resources on a massive scale.   Fossil fuel is diminishing and the world has passed Peak Oil.   The climate is warming causing instability in the world’s weather with “every 100 years” floods, droughts and tornado’s now being regular, often year-on-year events as ecosystems fail.   Deliberate blindness and amnesia does not make a problem, any problem go away.   The fact is that, cheap (horse) meat or not, our present lifestyle is not one that can be afforded.

What is ignored is the fact that the economy is a wholly owned subsidiary of the environment, or what is usually termed as the world’s ‘natural resources’.

The Western Culture takes in its stride the exploitation and abuse of people in other countries, whatever their age, that lack safe working conditions, honest working hours, a proper roof over their head, running water, and decent food.   Everything is reduced to the bottom line, to a financial or political advantage.

The total and utter obscenity is that hungry people in arid lands work for a pittance so we can eat cheap food that exports with it their water. (1)  and (1a)

That badly clothed and badly treated people work so we can wear good clothes. (2)
That people that try to protect the oppressed whose lands are being ‘acquired’ by governments and businesses are victims of death squads. (3)

Our modern Western food systems tell of abundance.   Groaning supermarket shelves surely can’t lie... or can they?   Actually they can, and do.   We have manufactured over the last sixty or so years an illusion that cannot be sustained for much longer.

There are droughts in the grain areas of the US (4)

There are droughts in the grain areas of Russia (5)

There are droughts in Australia (6)

There is a seemingly unnoticed farming crisis in the UK (7)

While the above takes place the message is that ‘we’ need to double food production by 2050 to feed a growing population, while even now we waste enough food to do just that.   What has been created is simply a mirage.   A mirage looks real from a distance but as the inevitable happens, time passes and one gets closer to it, it fades.   What is needed is to recognise the mirage of seeming abundance of cheap food while the chance to do so is still available to us. 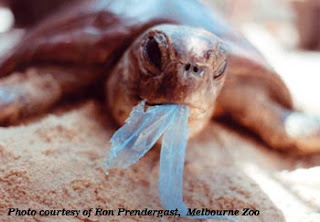 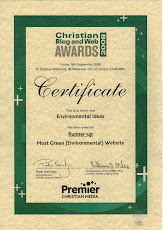